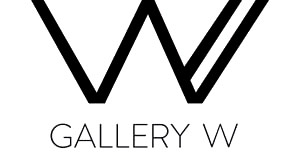 Located on the first floor of the American Greetings building

(Below the giant rose, off Main Street)

Hope to see you there!

Libens, Lowe, Johnson, and Page attended the Cleveland Institute of Art in the late eighties and early nineties and bonded over their shared experience as nontraditional students. The four artists returned to school after conventional college age to complete CIA’s five-year Bachelor of Fine Arts program.

After the four artists became close friends in college, they decided to move into shared studio space in May of 1993, dubbing the space the 40th Street Studio. A little more than two years later, on June 13, 1995, a fire broke out in the attic of the Shovel Works, causing an estimated $250,000 worth of damage to the 10 businesses housed there, including the 40th Street Studio. Despite this setback, the artists have maintained this studio space for more than twenty-five years.

Libens, Lowe, Johnson, and Page were members of the original group of artists involved with City Artists at Work (CAAW), an organization founded by artist William Martin Jean in 1997. The primary mission of this grassroots organization was to demystify art by inviting the public into the intimacy of artists’ studios. In what would become a signature event, 27 artists from three buildings, including the Shovel Works Building, opened their studios to the public for the first studio tour on October 23, 1998.  Libens, Lowe, Johnson, and Page were among the first to open up their studios in this effort. CAAW disbanded in 2018, but their open studio events attracted more than 7,000 people over the course of its 20-year span, helping to erode the distance between art and viewer.

After nearly thirty years in the same studio, despite the fire and other setbacks, these four artists have only grown closer as friends and colleagues. While they work in the same space, each has maintained their own individual identities as artists, as these works show.

AmericanGreetings.com is a service of American Greetings Corporation, Copyright © 2021 AGC,LLC. All rights reserved.