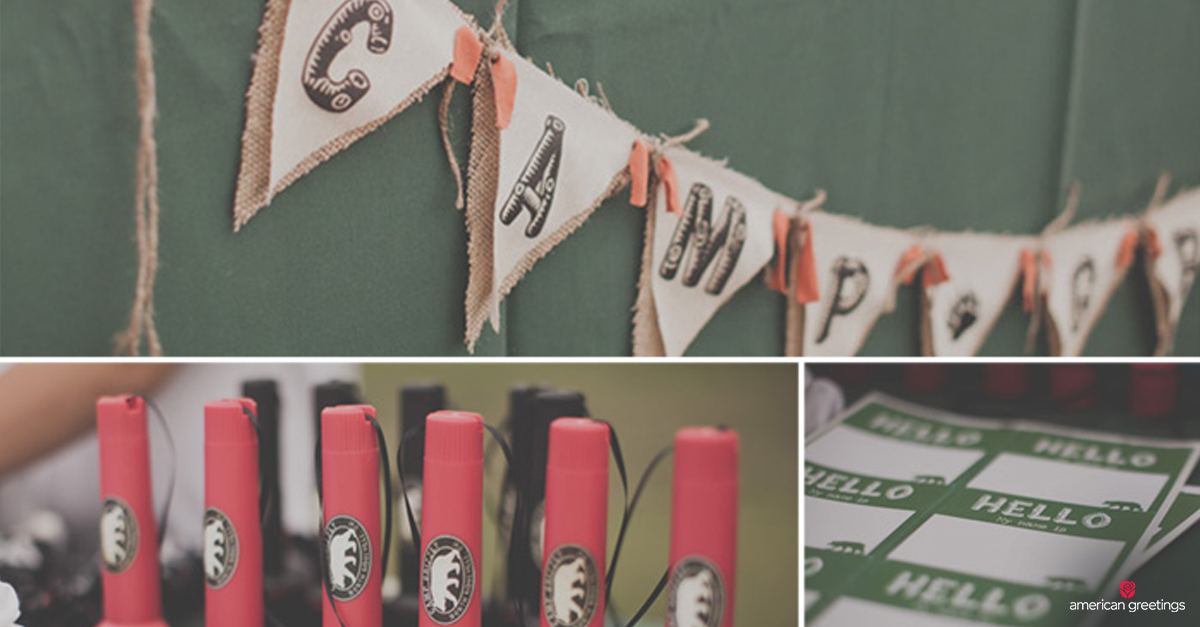 Today, we’ll be taking you on a tour of Camp Grizzly — an awesome, camping-themed birthday party for 4-year-old Jack, styled by our own Elizabeth Draeger — a senior product manager, and party-planner extraordinaire.

When she’s planning a party, the first thing Elizabeth focuses on is the invitations. Designing them helps her work through the colors, fonts and general tone of the party, and as long as she stays true to those elements, everything else falls into place.

To get all the little campers excited about coming to Camp Grizzly, Elizabeth created a truly one-of-a-kind camping themed birthday party invitation. Folded up inside a mini sleeping bag, each camper found a trail map that included all the necessary “registration” information. Both the invitation and the sleeping bag were then nestled into traditional matchboxes, wrapped in craft paper, tied with jute, and topped with a mini stick and marshmallow. 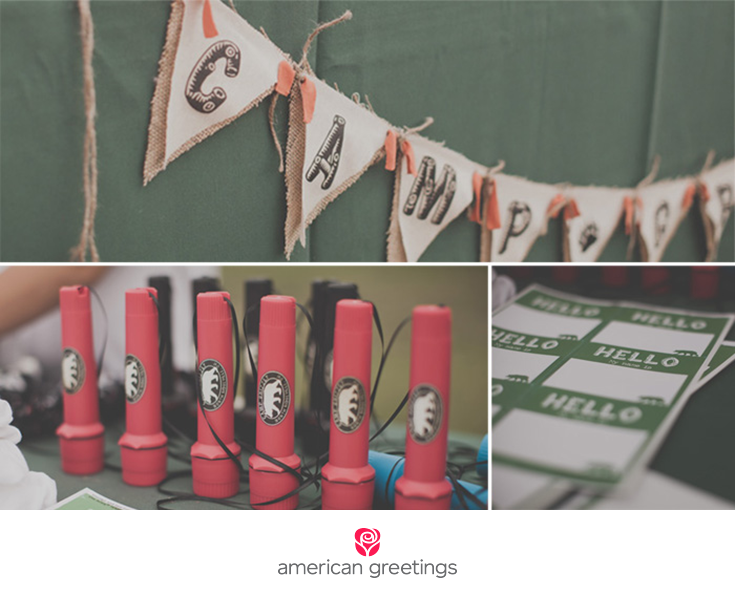 As each camper arrived, they were given a Camp Grizzly t-shirt and flashlight to start this camping birthday party. Everyone came up with a camp name, like “Fireside Felicity” or “Catfish Colin,” and then wrote it on their outdoor-themed name tag. 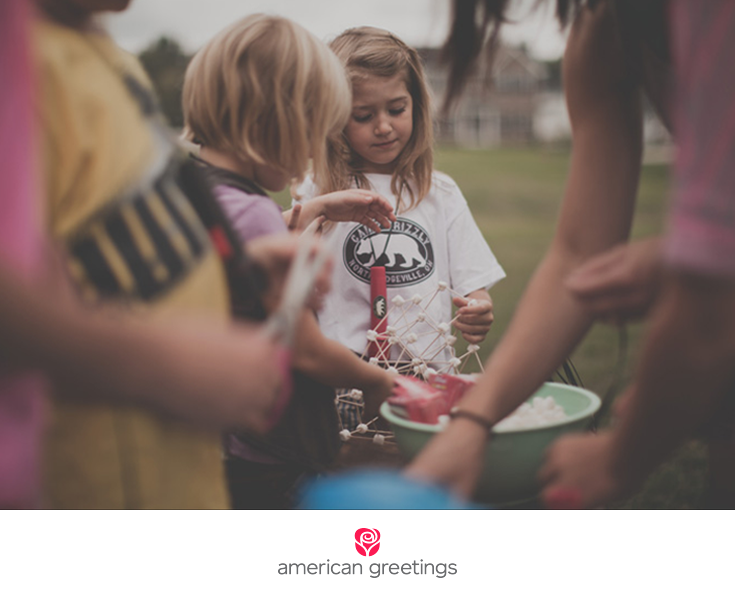 On a nearby table, the kids used toothpicks and marshmallows to build model “log” cabins, which Elizabeth said was especially helpful in keeping everyone entertained while the rest of the guests arrived. 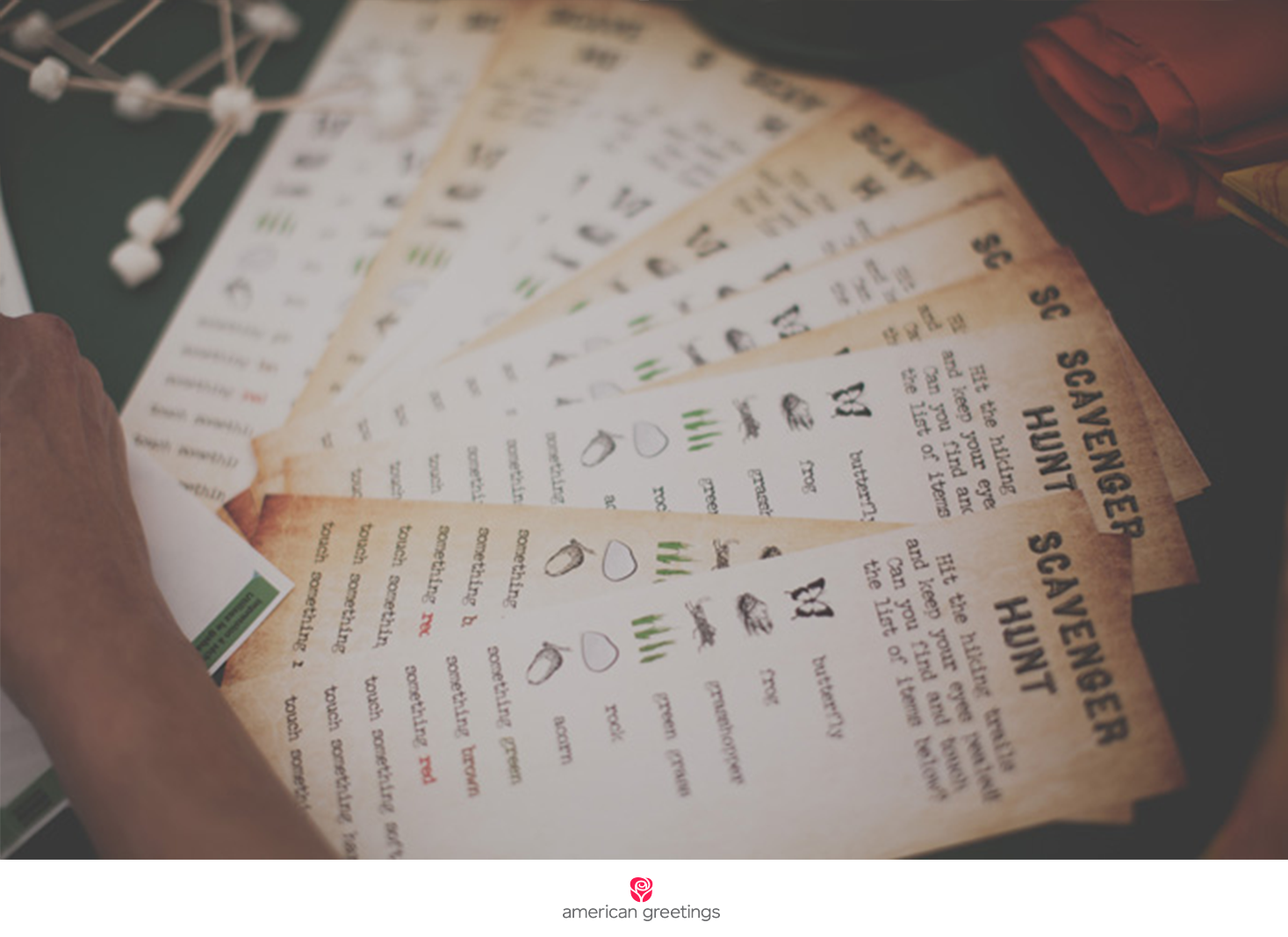 Once everyone was there, the official list of camping themed birthday events kicked off with a scavenger hunt! The kids worked together to find all the items listed, and Elizabeth made sure to include pictures, so even the younger campers could join in on the fun.

Next up was the awesomely hilarious Cheeseball Toss. All the kids (and even some adults!) paired up. One person put on a shower cap with shaving cream piled on top, while the other stood several feet away and threw cheeseballs at their head. The person with the most cheeseballs stuck to their head at the end of the game was the winner!
After the games, it was time to clean up for some grub. Chicken fingers, cornbread, chili, soup, and salad were on the menu (with camp-inspired names, of course), and after dinner, Jack had a blast blowing out the candles on his campfire cake! (All the tasty food and cake was provided by Marigold Catering.) 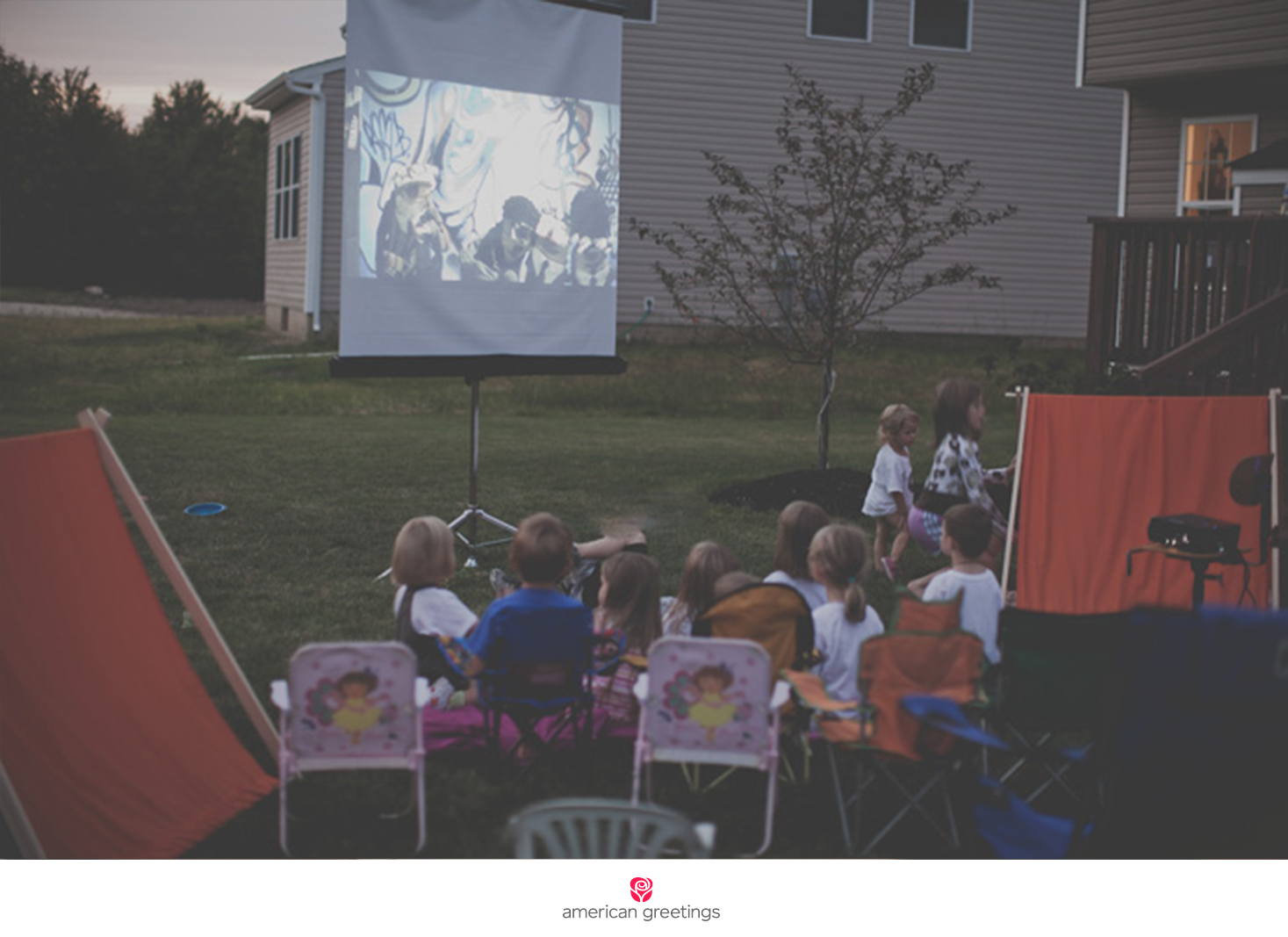 Finally, to finish off the night, all the kids snuggled up in sleeping bags, on lawn chairs, or in tents to watch an outdoor movie.

Thanks so much to Elizabeth Draeger and Tess Smith for sharing this awesome camping birthday party with us! All photos courtesy of Tess Smith Photography. 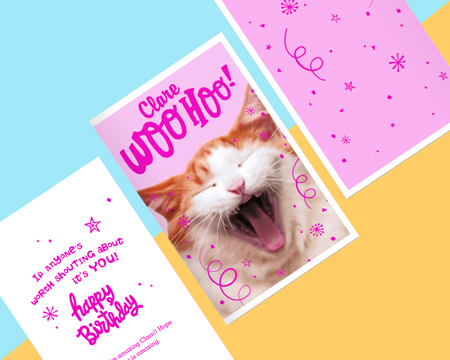 From your printer straight to their hearts! Print your own cards anytime, right when you want them. Add photos, fun art, and more to make it one-of-a-kind. View birthday Creatacards™ 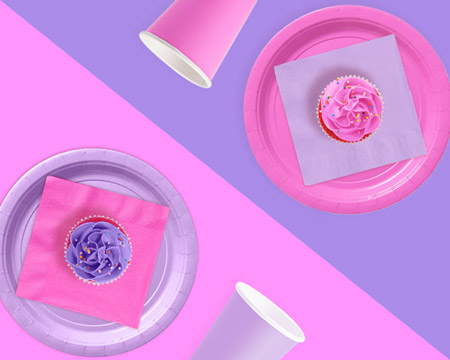 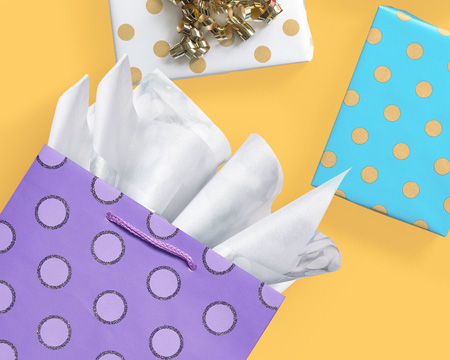 Ways to Celebrate Christmas with Friends