The Amazing Things That Happen When You Intentionally Cultivate Your Relationships

Whether you call it your squad, your inner circle, or your community, having a solid support system of friends and family makes you feel like you can conquer anything. And the good news is that science is on your side. A slew of new research shows that meaningful relationships are a crucial part of our wellness and happiness and even might be the key to living longer and healthier.

Experts agree that this makes sense: "As human beings, we are relational creatures," says Christy Haas, a relationship counselor in Cincinnati, Ohio. "Ever notice that after something really amazing or horrible happens, you typically reach for your phone to share it with someone? We are able to fully experience things, on a deeper level, when the experiences are shared. We thrive off support and being surrounded by others." 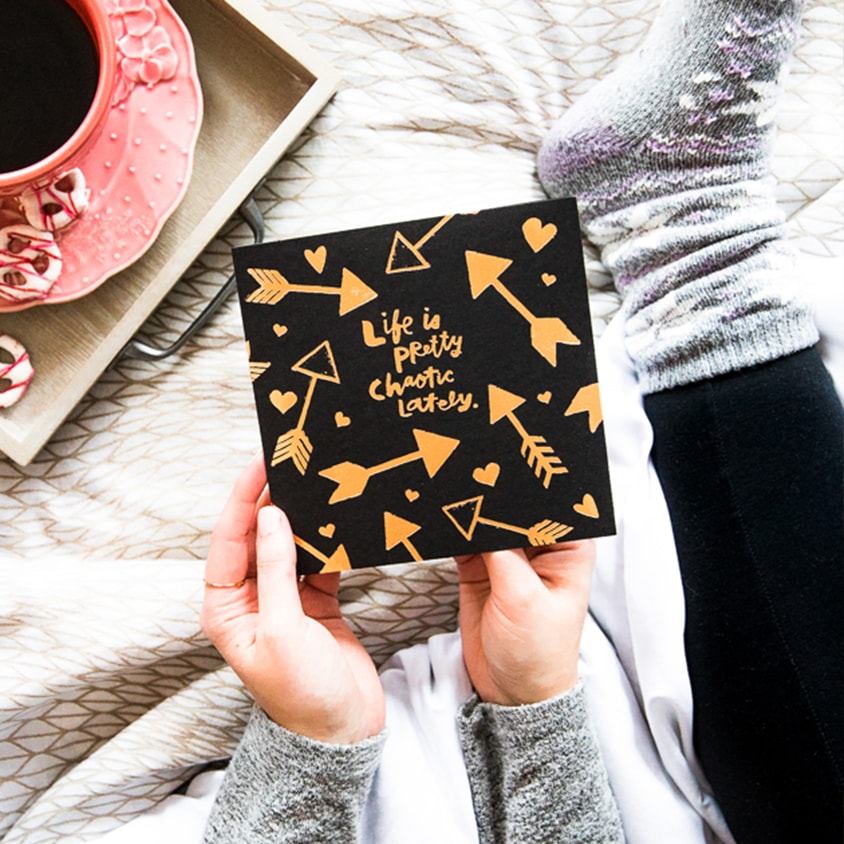 It's exactly why mindful relationship care—proactively and intentionally deepening your connections to be more meaningful—is such an important part of wellness.

Read on to see how focusing on relationship care made a big impact on four people. Whether it's with a partner, a relative, or a friend, these aww-inspiring stories illuminate how easy—and satisfying—it is to nourish your connections. (And sometimes all it takes is sending a thoughtful greeting card to someone important in your life.) Ready to be inspired?

1. Don't discount the power of a (little) love note.

We now leave each other notes on our mirror, on the coffeemaker, on our steering wheels, and so on. We write what we appreciate about the other person, a funny memory, something we are excited about, or a motivational quote for the day. If either of us is having particularly stressful time, we ramp it up until the stressful situation has passed.

It's fun because we don't know when a note will turn up, and we don't expect it either. Between raising our son, running our businesses, and living our day-to-day life, it could be very easy to overlook the positive impact something so simple can have. Our little tradition is fun, easy, and a great way to start the day

These silly little notes are a way for us to continually check in with each other. It's very light-hearted and takes less than one minute to do, but it sticks with you for at least the day, if not longer. —Dr. Samantha Hiotakis, mindset coach and lifestyle strategist.

“We get to interact with each other in a different world and space, which just mixes up a monotonous routine of talking on the phone or texting.”

2. Find a unique way to connect.

My boyfriend and I have been together for almost two years. We met while studying abroad in grad school. Since we're from different countries, we ended up spending some time long-distance. While we were living apart, I downloaded a popular video game app that he's always loved. It turned out to be a great way to connect with each other throughout the day without having to text.

When you become 'friends' with someone in the game, you can send them gifts and boost each other in the game. It became a lovely and oddly intimate reminder that we're around—though we couldn't be together in the moment—and became a whole new way to feel each other's support. It was nice to have something that can make you feel close when you feel the farthest away. We get to interact with each other in a different world and space, which just mixes up a monotonous routine of talking on the phone or texting. Plus, our conversations via text could now be about problem-solving a certain challenge in the game. I think these kinds of things make you feel closer to a long-distance partner because you're not just asking 'How was your day?' and feeling like you weren't really a part of it—we had this unique connection all along.

We live in the same place now, and we're still playing. It's just a special, intentional way to spend time together with a built-in activity and is something to talk, strategize, and joke about. It's been really fun having a playful goal together like this that just makes hanging out with each other even better. ­­—Charlie Brook, founder of Her Me Out

“Getting a card in the mail is the real deal.”

3. Create a family tradition that will last through the years.

My family has a long-standing tradition of creating elaborate and funny Christmas cards where we dress up, stage a photo shoot, and then get cards printed. My husband and I started doing it about 25 years ago when we were first married and wanted to spoof the idea of Christmas cards. The cards became so popular that people actually asked to be added to our mailing list. We now send out around 250 cards a year!

The cards have cultivated a lot of closeness and creativity among our family. They require a lot of patience to bring to life. As the kids have grown, their imagination and playfulness have always improved whatever concept we're shooting. Sometimes, the shoots themselves are long and tedious, but the feeling of accomplishment we share when the card is completed—and looks amazing—has been a lasting bond for all of us. Sending these cards around has also been a great way to stay close to family, friends, and business colleagues through changing and hectic times.

Getting a card in the mail is the real deal. Anybody can put something on Instagram or Facebook. You look, you scroll past, and it's over. A card in the mail means someone cared enough to send it to you. You hold it in your hand. You might display it. You might even save it, which I do, and have a box full of lovely memories. —Pam Lobley, author of Why Can't We Just Play? What I Did When I Realized My Kids Were Way Too Busy

My husband and I were both in the military, and in 1985 he was stationed in Italy for a year while I was in the states. I worried about how we would sustain our relationship. My answer was sending him care packages every week to let him know that I loved him, missed him, and supported him.

I'd send a recording of a sporting event, boxing match, or some movie I thought he would enjoy, cookies, microwave popcorn, and magazines. Each week it might be something different. I wanted him to know that I recognized his sacrifice. My husband told me these packages meant a lot to him. And after I learned that he shared them with fellow airmen who seldom received packages from home, my care packages became even bigger. In March, we'll be married 46 years. I believe finding ways to nourish relationships despite circumstances is a must. —Carol Gee, author and motivational speaker

Whether you want to support a partner, get closer to family, or reconnect with someone from the past, find your own simple ways to prioritize the relationships that are important to you. There are no wrong answers, and the powerful emotional benefits everyone reaps in return are more than worth the work.