This is a most beautiful milestone in every married couple’s journey, falling right between their silver and golden anniversaries.

To show the lucky couple just how special they are, it’s particularly appropriate that this anniversary’s traditional gift is coral, which comes from a Greek word meaning “nymph of the sea.” Legend has it that it’s full of magical powers. You see, Medusa is said to have turned twigs and branches growing along the seashore into coral. Then sea maidens would use them for protection when returning to their ocean caves.

Then again, it’s also nice to know that beautiful jade is the modern gift idea for this special anniversary, while gorgeous emerald is the gemstone.

With such wonderful 35th anniversary gift choices, you can’t go wrong with any of them. The couple is sure to love whatever you pick! 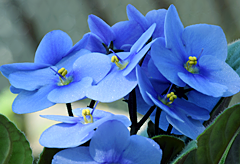